In the chapter “Principles of the New Typography”, from Swiss Graphic Design: The Origins and Growth of the International Style, 1920-1965, Richard Hollis wrote: “The new set of rules to replace the convention of traditional typography were laid down between 1923 and 1928, mainly by artists, and chiefly in Germany. As we have noted, although they owed something to the graphic excesses of the Futurists and the Dadaists, their concerns was with function rather than aesthetics. The first significant statement was by El Lissitzky, whose Topography of Typography appeared in Schwitter’s Merz magazine in July 1923. It is a series of declamatory assertions of first principles, beginning “In communicating, the printed word is seen, not heard.”

The following was first published as “Topography of Typography ” (in German “Topographie der Typographie “) in the publication MERZ  No. 4, Hannover, July 1923:

Below is the page from the publication showing the rules printed in German on reddish paper. The publication’s editor added the following disclaimer (underneath the line): “The editors do not approve of all above assertions because in some instances they do not recognize a connection between text and letter design.” It is not clear which specific assertions they referred to, but if only they could have known how the practice of typography is being viewed in 2016, they might have added a few more assertions that would have challenged traditional typography. 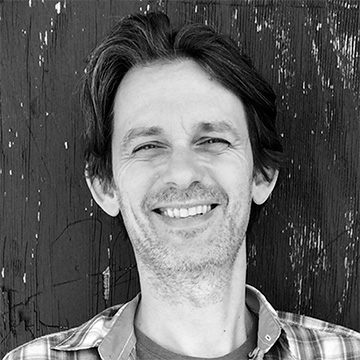 This website and, unless otherwise noted, the copyright of all contents (images and text) belong to Michael Wiemeyer, a graphic designer working in Brooklyn, New York. Michael is a partner at Designlounge, a Brooklyn-based design firm where he creates visual identities, complex communications systems, and website designs. Since 2004 he has been teaching design and typography as an Assistant Professor at Parsons The New School for Design in the Photography and Communication Design departments.

What is the Topography of Type? It is a visual landscape of type, however subjective it may be since I am the explorer.